God speed and God bless to all of our fallen brothers and sisters.


And thank you to all whom went to help
Toggle signature
Wilson LED conversions, repair, and prototyping

I was at the doctors office when this was going on. Don't remember much but just hearing bits and pieces on the tv and what the nurses were talking about.


Part of why I decided to become a firefighter. Prayers out to all the families on this day of tragedy. May the ones who have fallen watch over them.

Most of you know, I dont normally speak publicly on serious matters. Yeah I joke and pal around this board, and Ill lend my insight and knowledge at times, but as a whole I generally keep to myself.


That being said, there really arent words for this. It physically hurts, painfully so, to recount that day. A fellow firefighter/medic friend of mine listed the chronological order of events earlier, and despite being at work, I was so affected I had to remove myself from my station for a few minutes.


I know that I, like many of you, can not look at the New York skyline, even in its majesty, and not have your heart scream in that spot for the image burned into our heads of the two towers that once were.


I know most of you, like myself, cant look upon the Pentagon, and the field in Shanksville PA and shudder at the thought of what was, and what could have been.


And what, in my humble opinion, I think it all boils down to is this: "Gone but never forgotten" are tenfold deeper than mere words. They are how most of us, who affected by that day, as I was/am, live our lives each day. The colors that fly are a little bolder to us, the tones dropping, even at 2am, are a little more critical to us. Because for those of us who know of "Gone but never forgotten", realize a little fuller how to live as if our last, so though who fell went not in vain. I don't want to forget, as it helped shape me and become a part of me. And its for all this that I, not shamefully, not mournfully; but proudly proclaim as many of you have, and will: I will Never Forget!


God Bless and God Speed to all my brothers and sisters in uniform
Toggle signature
"In order to rise from its own ashes, a Phoenix first must burn"

I was a junior in high school.  I was 8 years away from my first fire fighting gig.  I don't feel right playing the "brother" card.  I would just be bandwaggoning.  I have only ever known the "always-in-the-back-of-your-mind" of post-9/11 emergency services.

Regardless of if you were in emergency services at the time; regardless of who you are or where you live 13 years ago EVERYTHING changed.  Life on this planet changed.

As odd as it sounds, I wish wars could go back to being between two armies.  13 years ago INNOCENT civilians were brought into the mix.  Not because they were strategic targets, but simply because it was easy and it made the biggest point.
Toggle signature
ELFD 358
C

I was mid 20's and working as electrician in Manhattan at the Port authority bus terminal ( think it was around 32nd st), we had a contract to put alarms in all the underground vaults where they have all their high voltage transformers under the sidewalks because they were afraid terrorists could plant bombs in them ( which I thought was a little ridiculous at the time). We were working outside on that beautiful day and had our van parked right there listing to Howard stern when he started kind of joking about a plane hit the WTC, being it was Howard we took it with a grain of salt and kept working. After 10 or 15 min people around us starting talking about it so we decided to jump in the van to see what was going on, as soon as we got on the west side hwy we saw a big ploom of smoke ( 2nd plane hitting) we continued toward the scene till we realized what was going on then we hightailed it back to the bus term to pick up my van and get back to Jersey. When we arrived back to the bus terminal we checked in with the Port auth who told us they are evacuating the terminal and to get out, we started to leave when they called us right back and said we now need to stay and start setting up command posts for EMS/police. So there we were 2 of us taking electric and phone lines from wherever we could get them from. Now while all of this is going on we had no tv and no radio so we really didn't know what was going on down there, while PA police were kicking everyone out of the bus term some guy came walking in the front of the bldg covered in white dust and ash, he asked the police officer if he can wash his eyes and face off and the officer told him get the f out of the bldg now. Not knowing about the collapse Of the towers I turned to my coworker and said what was all over that guy?? I'm also on a Rescue and Recovery squad in northern NJ so I was also torn about weather or not I should just leave and go downtown to help but I didn't want to become part of the problem with everyone going down there and I also knew my partner needed me there. We tried to get some sleep on the floor on someone's office overlooking time square that night and I'll never forget looking out the window all night and not seeing anyone around. We were released about noon the next day and I was glad to be home for sure. My father actually helped build the towers when I was just born and I got to hear about him helping install the antenna, when they fell it took a piece of him with it and it changed me as a person as well. God bless to all who responded and RIP to all who lost their lives.
Reactions: vonirkinshtine

On my way to school, senior year part 2. Was looking forward to being voted in that night to the county SAR unit. We were informed that the meeting was postponed and to await instructions as our county was going to offer up volunteers if the NY government wanted the extras.
Toggle signature
The views and opinions expressed in my posts are solely those of the author and do not necessarily reflect those of eLightbars.org, LLC, it's ownership, staff, general membership, the Vatican, your mother, O'Reillys auto parts stores, Peter Griffin or anyone with good taste and or sensibilities. 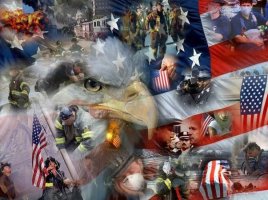 Last edited by a moderator: Sep 11, 2015
Toggle signature
The views and opinions expressed on this web site are solely mine and mine alone. These views and opinions do not necessarily represent those of the business, company, corporation, and/or third party I may be associated with. Thank you.

This year marks the 15th anniversary; and I can definitely say Ive not forgotten
Toggle signature
-Dave
Moderator
Reactions: CrownVic97, TritonBoulder47, firebuff17 and 1 other person

Weird/ironic thing is that the night before I was voted in to my FD to be an active firefighter...
Toggle signature
- Boulder
"In the midst of chaos, we find our strength" - Me

this thread was created on the 10th anniversary, seems fitting to post in it on the 20th

I will always remember 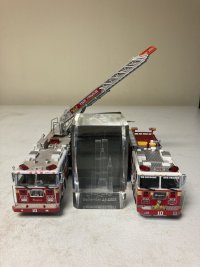 I remember I was in my tow truck at the time headed to McDonald's to get breakfast when the world stopped. Lost a member of my high school who was at the towers for an interview for a job. And my Aunt's Husband's son was a responder to ground zero, he now suffers from the side effects of All that debris, he was on his way to headquarters to get his promotion to a Sgt and had a seizure on the train, that's how they found out he was sick from the debris. He's now on permanent disability and did get his Sgt Stripes.