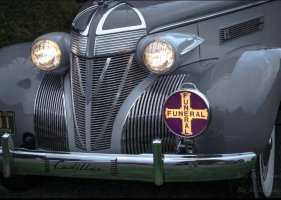 I am not so sure about that it should be anything that was used as standard for funerals back in the 50s or even the 30s.

I believe it to be a newer thing.

My guess is that you used a colour that was available in the state for this purpose at the time.

I have a model 17 lens and model 121 lens in purple and no one talked about funeral lights when I bought these from Federal in the 80s.

Nope, not a newer thing to use purple for the funeral industry.
1. See the above 1930s-1940s light in purple FUNERAL.
2. The funeral flags/banners used for many years in funeral procession, yep, purple.
3. In 1956 when the Fire Ball came out, for a short time purple/magenta domes were offered in a funeral supply magazine. (I wish I could find one.)
4. For many years, purple has been considered a color of mourning.

OK.
Good to know.
It was only a guess of mine because personally I have only seen the purple funeral light in later years. 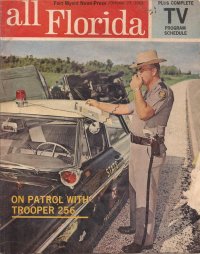 Same light as above, on the dash of 1964 Ford wagon, Grafton, Ma POV Cruiser 17. This had a blue/red split dome. 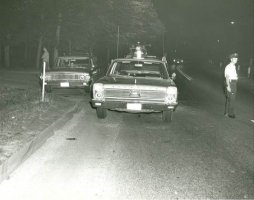