Well, what's this year got in store?

Silver Supporter
well i can RMA these but im trying to figure out if they are sending 12 diode apollos or fusions...
Well, what's this year got in store?

Silver Supporter
RMA sent after talking with tech support. trying to figure out if they will send F12s or fusions..
Well, what's this year got in store?

Silver Supporter
Teaser pic. vids to follow after I get day time vids... 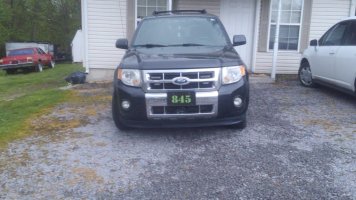 I like them alot...
Well, what's this year got in store?

Silver Supporter
Well pending a local installer looking at these Friday to double check what I already know I decided to do these pics real quick...
This is my cobra "takedowns" and the 2 fusions on steady white... 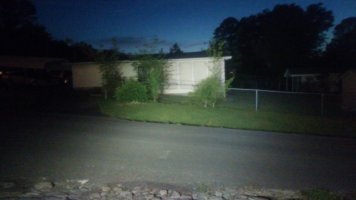 Looking at them from the neighbors house you see lit up 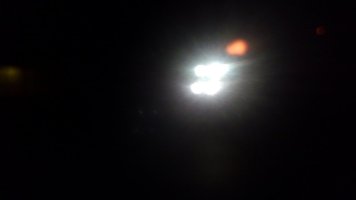 Close up to get all 4 lights in frame.. 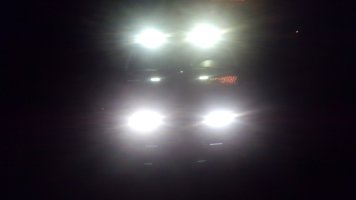 Well, what's this year got in store?

Silver Supporter
Hmm guess I never updated but after RMA on that pair of fusions i got another pair and they worked flawlessly...

Out with appolo with suctions 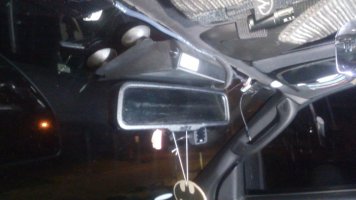 In with new fusion with window mount 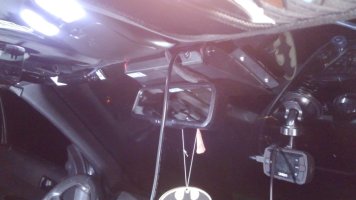 Also added a dashcam a few weeks back...


Waiting on pucks now.. and to hit the lottery so I can get a 4200, hammer, pushbar, feed the hogs, wash the laundry,.finish up.my home work....
Well, what's this year got in store?

Silver Supporter
been awhile since i have done anything major... but here we go...

Finally got an APRS tracker... Byonics RTG it's a 10 watt transmitter and one of their tiny track 3s in a self contained box... 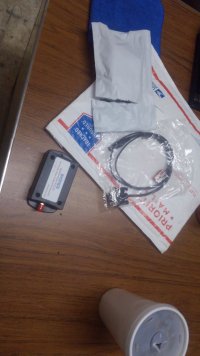 It takes a small GPS, uses it's signal turns it into a packet and send it's through the airwaves .. which is picked up and retransmitted by DigiPeter's and Igates...

Silver Supporter
All of the pics loaded out of order..

here it is all installed and running. db9 connectors are the GPS. antenna and power/ ground... 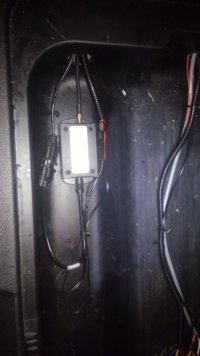 Attaching the anderson power pole connector to the ground side.. this wasnt attached yet just adding the connector to a roll of ground wire.

I didnt "label" the 2 wires i added to the console so i used a good ole HF meter to see which wire had power when the switch was on.. 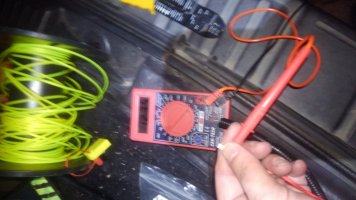 no flash to see the unit powers on and works... 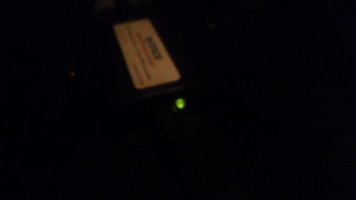 pulling the wires through the carpeting to the rear to the storgae box... 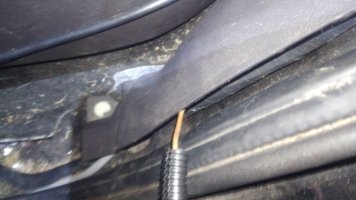 running the wires under the carpet tot he console.. 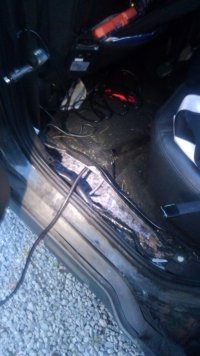 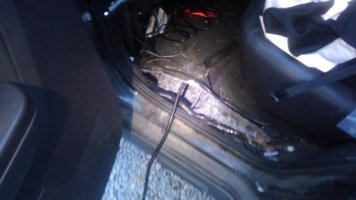 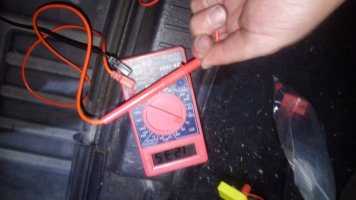 wires up in the console before attaching to the Carling console switches. 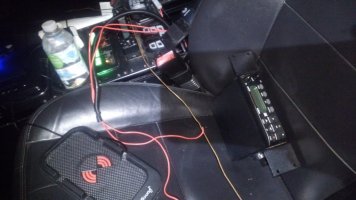 wires fed through to the rear... while i had this opened back up i put some loom on the side mounted fusion.. in this pic is 2 coax cables the GPS cable (db9 lead) wiring for the fusion and the 2 new power wires.. 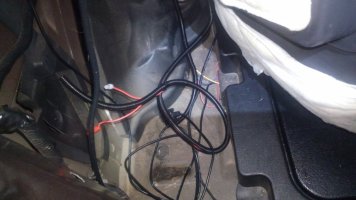 used the trailer wire negative for the negative post for the HF meter.. LOL 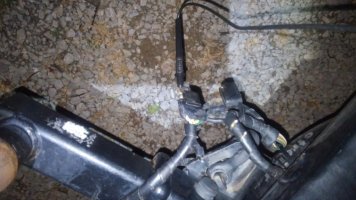 The snake under the carpet now.. 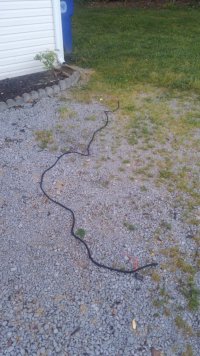 The GPS unit. it is supposed to go on the roof. but since it doesnt come in a NMO mount and i didnt want it up on the roof i checked with the maker and he said as long as there isnt too much metal between it and the outside world it should work here... its up on a "hump" near the back glass. i test ran it for a few days there and it never moved with its magnets so it should be good there... 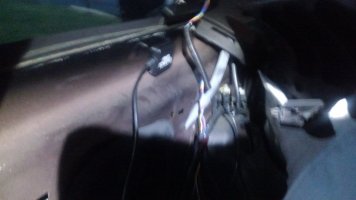 had to drill a big hole for the db9 to pass through pre connection.. you can see the antenna coax here as well. i bought a small SMA to pl259 cable to run from the RTG to the antenna 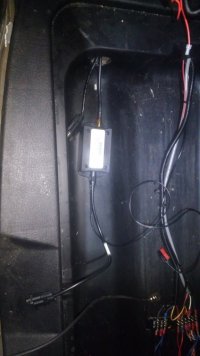 connection of power wires before looming 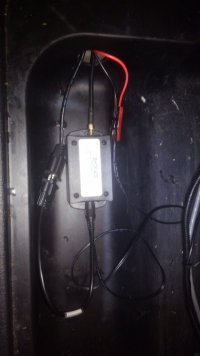 Silver Supporter
this is the 2 switches (from a few pages back in case you didnt want to go back and look.)

obviously i hooked the APRS up to he custom switch LOL and the the 2nd wire will be going to yup, you guessed... (but when) I am debating if i want to surface mount some leds into the bumper or do one of those trailer hitch mount bars... (similar to this but not as big of lights https://www.amazon.com/dp/B01CUROPSI/?tag=elightbars-20 ) 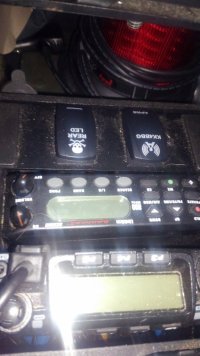 1st time it got picked up by a digipeter/ igate... on my way to work today my county is a deadspot for APRS but thats another project for another day that im only a few components away from.. the closest digi /igates are in Rutherford, Coffee, and Maury counties.. 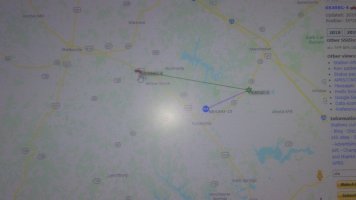 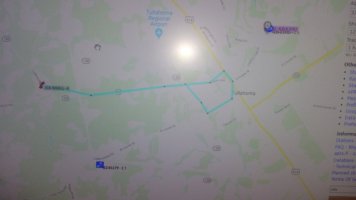