Menu
Log in
Register
Install the app
You are using an out of date browser. It may not display this or other websites correctly.
You should upgrade or use an alternative browser.

Explain Your Username to Us

Newberry: I used to work for Newberry County, SC EMS.


13: My NCEMS ID number. The first number is my shift, and the second number was my position number.


Now I haven't worked there in six years, and that hasn't been my ID number for eight years. I just don't want to change my name!


About the avatar pic: It's the WTC cross.
Don't interfere with anything in the Constitution. That must be maintained, for it is the only safeguard of our liberties.

Initials and mishmash of my B-day #s.
Ryan

Any comments I make represent only my personal opinion and do not necessarily reflect the opinion of my department, employer, and/or any other third party.
M

the year I graduated from high school ... :suicide:
Firewolf

Any comments I make represent only my personal opinion and do not necessarily reflect the opinion of my department, employer, and/or any other third party.

Silver Supporter
i think i was in 8th grade (middle school) LOL
Well, what's this year got in store?


1212 is the beat I was assigned to on midnights for over seven years.

I wanted a screen name with some type of action in it. Plus, who here doesn't like the blinding lights, and blaring siren of an emergency vehicle in a hot pursuit?


I once was EVConcepts back when I've been making custom batches of modules before starting this new company.
Sean M. Barr

Administrator
Mine is my name. I always thought the site owner should be know by their real name.
-John Marcson
Founder/Administrator

Mine originated as Pimpala03, to signify a pimped out 2003 Impala, which I used to drive (Dorothy). I no longer have the car but the nickname came from people shortening my name, here on the board, to just Pimp. It kinda stuck.

Retired1 = I am retired. I have retired multiple times. I can't seem to stay retired. I seem to take my retirements in mid-winter then stand at the door looking out into the cold for a few days, then hitting the help wanted pages and within a few weeks I am back working. Something is wrong with this picture. I now work long hours and travel 620 milkes round trip to work those long hours. Hence the "tired1" portion of my screen name is far more appropriate.

Mine is from my personally owned patrol car while I was an elected Constable for my area awhile back. However, I retired from office and sold it soon afterward, so I probably need to request a username change to something else.

Mine is department and old radio ID #

Mine is obvious. I'm nuts about lightbars.

Mine's a little misleading, my ass isn't that big, I'm just a big ass guy, not fat, over all.
I'm your Huckleberry.

Yeah, mine is pretty obvious too. I'm a firefighter & paramedic in a rural area.
0

Mine is the year of my car, the chassis code for my car, and the department I'm on. I've done this for a lot of forums I go on, depending on the vehicle I have at the time (98ZJ, 99SUS, F6, etc.)

Mine Fast LT1 came about because my dad bought a new 95 Impala SS when i was 9 years old, and i hated the car when we first got it, but when i was about 12 it started growing on me, then i got a job at 13 and started saving my money and bought one when i was in high school and paid $15,000 cash for my first 1995 Dark grey green metallic Impala SS back in 2001, It had 23k miles on it and was a steal! But since then i've had lots of impala's and most of which i've modified to make faster, except my first 1995 its still pretty much all original except bigger brakes and new rims. I'm down to two Impalas one a 1995 (My first car) and my 1996, both Green. But it's time they get parked in the shop and i buy something newer!
"Elightbars... where wannabes come to bicker with professionals, thru the safety of the internet"- Maranos

First name initial and my last name and the fire dept I am on.
Ryan


Payments can be made via paypal, money orders (bank or usps) or cash.
T

Mine is from my name: "Antoine", that was eventually nicknamed "Toon". 80 is the year I was born.


Remember when Lennon died? When station-wagon cars had fake wood inside as well as outside, brown and orange could be worn together without shame and you could graduate from college with a mustache and still be cool...
V

Mine is in reference to the Mustang Boss 429.
'I have no ambition in this world but one, and that is to be a fireman.'
B

its a result of my youth. The boxer

It's my name.
Live Without Limits
L


Squirrel well because my probie nickname was tall squirrel because I'm 6' 4" and I have a tendency of getting myself into the tightest places at care accidents to get to Patients like a squirrel.
Any items I sell are as is. There is no refund unless I agree to item not being dead prior to sale. 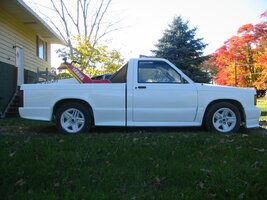 
All I use is Amber & Clear


Chief = I am Chief of the Department

The interstate of which rest stop toilet I was born in.
You must log in or register to reply here.